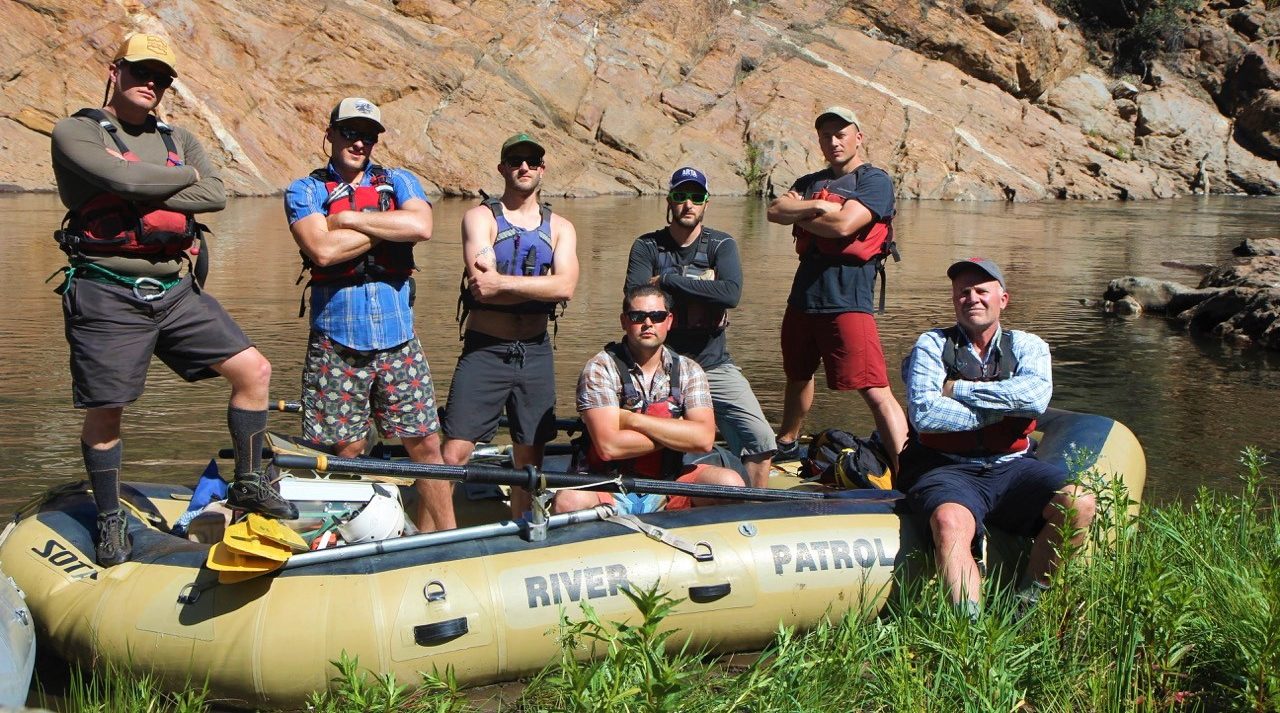 When friends hear that you’ve taken a guide school they typically want to get a “deal” on a rafting trip. Many will say something like, “I can get a group of friends together and we’ll pay you under the table to take us rafting.” At first glance that seems like a great idea. If six people all throw in $30 to $40 that ends up being a couple hundred dollars tax free. However, this is considered illegal outfitting, also known as a “pirate trip” or an illegal rafting trip. After looking at the risks of running this type of rafting trip, I believe most people will consider it not worth the short-term gain in income.

To legally take people on a rafting trip, the guide needs to have a commercial permit or be working for an outfitting business that has a permit with the appropriate government agency to run the section of river they are floating. The most common is a permit with the BLM or Forest Service. If a company were to run a commercial trip on a day they were not legally entitled to launch it would be considered non-compliance with their permit rather than a pirate trip.

On legal private trip, everyone pitches in equally for the cost of the trip. Trips must also have the proper private trip permit for the river.

Any trip that is not a commercial or a legal private trip is a pirate trip. This includes someone taking a tip from their friends after taking them on the river. Amortizing (renting) your boat while taking friends on the river. Having some other agreed upon compensation for taking people down the river. Any time that the costs are not shared equally, it is considered a pirate trip.

If a guide were to borrow a raft from the commercial company they work for and have some friends give them a little cash to go rafting this would also be considered an illegal trip.

Depending upon where you get caught running an illegal trip, the criminal charges vary between a class A (just below a felony) and class B misdemeanor. Either means a permanent record that could affect future employment. Punishment for a first offense is a fine between $1,000 and $10,000. In addition 6-12 months in jail is possible. There can be a mandatory appearance in front of a federal judge which means lawyer costs. In Idaho, one is also culpable for all investigative fees by the enforcing agency including mileage and work time. This can be another $10,000 to $20,000 in fees.

Your gear for running the trip can be confiscated and held for around a year until after the trial. If California prosecuted you for illegal outfitting and you also guide in Idaho, most likely Idaho will also punish you. The Idaho Licensing Board expects you to report your violation to them. The administrative board will fine you up to another $5,000 and consider limiting, suspending or revoking your guide license.

While all of the legal ramifications sound bad enough, things could be worse. If someone gets injured on an illegal trip or on even an outfitted trip on a day the company is not permitted to run the river, insurance may not cover the costs. Many umbrella and other insurance policies designed to protect individuals and outfitters exclude coverage for an incident that occurs for an unpermitted activity. If you are guiding an illegal trip for an outfitter or friend and get hurt you will not be covered by workers compensation.

While it sounds nice to hook up some friends with a cheap river trip, that feeling changes when something goes wrong. If there is an injury the situation can get messy quickly. Government officials could get involved. Your raft and gear could be confiscated. You could get prosecuted and have to go to court. At the same time the “friend” could sue you in civil court where no insurance company would have your back since you were engaged in criminal activity. Finally, there is your relationship with the rafting community. Many commercial outfitters frown on pirate boating. If you are seen running these types of trips it will be challenging to get traditional guiding work.